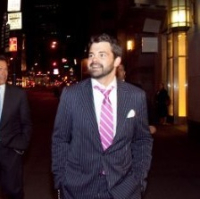 June 15, 2016 -- /PRNEWSWIRE/ -- Match Group, Inc. (NASD: MTCH), the world's leading provider of dating products with a portfolio spanning more than 45 brands, announced today that it has hired senior political and media strategist Matt David as Vice President, Public Affairs. David's responsibilities will include media relations, corporate communications, policy initiatives, and marketing and PR strategy. David comes to Match Group from Outside Eyes where he was managing partner focused on public affairs and corporate positioning. He has also been a part of the last four presidential elections serving in various campaign roles for President Bush, Senator McCain, Governor Huntsman, and Governor Kasich.

"Matt's diverse experiences in both the political and business arena make him an ideal leader for a global company like Match Group," said Greg Blatt, Chairman and CEO of Match Group.  "As we continue to grow our brands and provide innovative products for consumers, his blend of strategy, media and policy skills are invaluable.  I've no doubt he will elevate our game meaningfully in this important area."

"Match Group is the leading global platform in a growing space that bridges technology and human connection, and I could not be more thrilled to join the team," said Mr. David.  "The depth and breadth of the Match Group portfolio is impressive, and I am eager to begin working with the talented team Greg has amassed."

Match Group operates in over 190 countries.  The company reported 21% revenue growth in its Q1 earnings call earlier this month.  David has already started in his new role and is based in the Los Angeles offices.

About Matt David
Matt David's experience as a political and media strategist includes work for successful federal and state-level campaigns, Fortune 100 companies, and service in federal and state government. In addition to his work in the 2016 Presidential election cycle, David served as Managing Partner for Outside Eyes, a boutique communications and branding firm. He also held the role of partner at Outland Creative Works, a production company focused on digital media strategy.

David's work in government spans a number of high-profile campaigns and senior-level roles in government.  In the 2012 Presidential election, David served as campaign manager for Governor Jon Huntsman's presidential bid.  He also held prominent roles in the 2008 McCain presidential campaign, as well as the 2004 re-election campaign for President George W. Bush.  From 2008 to 2010, David served as deputy chief of staff for Governor Arnold Schwarzenegger. David also served in the White House, in the administration of President George W. Bush.

About Match Group
Match Group is the world's leading provider of dating products. We operate a portfolio of over 45 brands, including Match, OkCupid, Tinder, Meetic, Twoo, OurTime, BlackPeopleMeet and FriendScout24, each designed to increase our users' likelihood of finding a romantic connection. Through our portfolio of trusted brands, we provide tailored products to meet the varying preferences of our users. We currently offer our dating products in 38 languages across more than 190 countries.  In addition to our dating business, we also operate The Princeton Review, which provides a variety of test preparation, academic tutoring and college counseling services.

This is only a preview. Your comment has not yet been posted.

The letters and numbers you entered did not match the image. Please try again.

As a final step before posting your comment, enter the letters and numbers you see in the image below. This prevents automated programs from posting comments.

Having trouble reading this image? View an alternate.

(You can use HTML tags like <b> <i> and <ul> to style your text. URLs automatically linked.)

(Name and email address are required. Email address will not be displayed with the comment.)