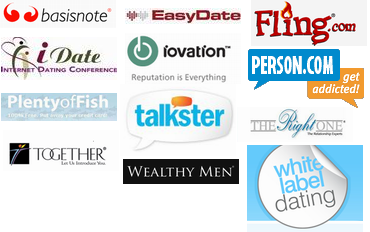 The full article was originally published at Netimperative, but is no longer available.

TECH CRUNCH -- Mar 23 -- Match.com is releasing a native iPhone application. The app allows users to edit their profile, upload photos, and has an opt-in to a location based feature that allows them to see singles in their area. FULL ARTICLE @ TECH CRUNCH

MEDIABIZNET -- Mar 24 -- News Digital Media partners with match.com to compete against the Fairfax owned RSVP, which currently dominates the online dating scene in Australia. The agreement will see Match.com’s Australian brand and content integrated throughout news.com.au as well as launching a co-branded website, dating.news.com.au.

The full article was originally published at MediaBizNet, but is no longer available.

ELECTRIC NEWS -- Mar 23 -- Bharat Matrimony offers registered users a special 'facial search' software that scans the features of its 15m users. You can't search for an Indian version of Julia Roberts or Brad Pitt. Instead, users are restricted to the site's gallery of leading Indian celebrities to pick from. The face of Aishwarya, a former Miss World winner, is the most requested.

The full article was originally published at Electric News, but is no longer available.

See all posts on BharatMatrimony

WALLETPOP -- Mar 22 -- Individuals on the dating scene are starting to check out their date's assets before getting serious. A recent Match.com survey found that over 80% of singles are more selective about who they date now that the economy has gone south. There are even websites devoted to matching people with others in a select credit score range! One such site, CreditScoreDating.com with the tagline "Credit Scores Are Sexy," claims to help thousands of people a day meet others with good credit.

The full article was originally published at WalletPop, but is no longer available.