NEWS92.FM - Apr 29 - Randy Markham has a theory that caused him to start BirthrightRomance.com. The site matches people based on their birth order - first born, middle child, only child, etc. The birth order is incorporated into the site's search engine. The only child and the youngest child is the best match, according to Markham.

by Sally Benson
The full article was originally published at News92.fm, but is no longer available.

FOX BUSINESS - Apr 29 - CEO of eHarmony, Dr. Neil Clark Warren, spoke with Fox about their new premium matchmaking services, eH+, and plans for its job service. eHarmony has now 762K paying members, up 50% YOY. Dr. Warren did not disclose how many people had signed up for eH+ but said the service had a great response since its launch in January 1st, 2014. eHarmony is also trying to match people with the right job and is expanding into "LinkedIn" business. "65-75% people in US are not happy with their job. They can be if they get match on both the cultural basis with the company they work for and on individual personality basis with the person to whom they report," he said.

by Patrick Seitz
The full article was originally published at Investors.com, but is no longer available.

Millennials Are Drawn To Dating Apps

FORBES - Apr 28 - LinkedUp is a new dating app aimed at those who aren’t averse to mixing business and pleasure. 84% of employees between 18 and 29 are open to pursuing a romantic relationship with a colleague, with 71% saying that office liaisons can offer benefits such as improved performance and higher morale. ~40% would be okay with dating their boss.

See all posts on LinkedUp

SAN FRANCISCO BUSINESS TIMES - Apr 26 - Hornet, the gay dating app that launched in 2011, has attracted 3M users and that number is growing 20% month a month. In addition to the US, it is very popular in Brazil, France, Russia and Turkey. The app raised $2M. It makes money with advertising and by selling premium accounts.

PINK NEWS - Apr 26 - The Electronic Frontier Foundation has warned that gay dating sites are being used by police to entrap men across the Middle East. A 30-year-old man was arrested in Saudi Arabia in 2012, after asking men out for dates over Facebook.

SEEKING APLHA - Apr 25 - Spark Networks' management is finally changing its practices, as the largest stockholder just turned activist. JDate is highly profitable, but not growing. ChristianMingle is growing rapidly, but bleeding money. The largest stockholder is Osmium Partners, which is run by the activist investor, John Lewis. Osmium owns 14.1% of the company. Spark Networks' management's success is being debated publicly. CEO Gregory Liberman served as President from 2006 and as CEO since 2011. John Lewis complains about the excessive pay of executive officers. Mr Liberman made $1,471,737 in 2012 and $900,015 in 2011. The pay of $825,000 in 2012 in stock options is especially disturbing, given that he is overseeing a non-profitable small capitalization company. The proxy fight will reach its peak in the Annual Meeting of Stockholders scheduled on June 18, 2014. Whether Osmium wins or loses the board seats, the process serves to wake up the executive management and the board, mandating them to take actions for the benefit of shareholders.

by Tal Davidson
The full article was originally published at Seeking Alpha, but is no longer available.

TELEGRAPH.CO.UK - Apr 25 - LinkedUp dating app connects people with their LinkedIn profile. The app works like Tinder; users swipe left to reject and right to indicate interest. Messages can only be exchanged if both parties are interested in each other.

Helen Fisher TED Talk: What Happens To Our Brain When We're In Love

NPR - Apr 26 - Anthropologist Helen Fisher studies gender differences and the evolution of human emotions. She's best known as an expert on romantic love, and is author of the books Anatomy of Love and Why We Love.

Everybody Is A Sex Offender According To CreepShield

NY TIMES - Apr 25 - CreepShield claims to make online dating safer. Users can enter a link to an image into a search field on its site, which then uses facial identification technology to compare the face in the photo against its database of 475K registered sex offenders. The site returns results showing the photos and names of offenders even when they are obviously far from a match. NY Times reporter used a photo of a public person with a clean record and CreepShield displayed a list of possible matches, starting with a photo of a Hispanic woman. They had one thing in common: both had rimless eyeglasses.

See all posts on CitySwoon

PR WEB - Apr 28 - MilitaryRecord.org is set to launch a guide to explain how to make online dating safer. The guide will show people the common red flags to look for when talking to someone online. MilitaryRecord.org is a public records database that specializes in providing military records in the US. 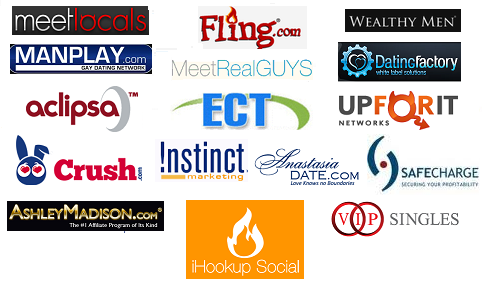 OPW - Apr 24 - From Jonathan Narducci's Powershot Productions comes the latest expose into the world of international romance tours. “Love Me - The Documentary,” collaboration between Powershot and A Foreign Affair, (whose website, loveme.com, inspired the name of the film) will debut this month at the Toronto Film Festival.

See all posts on AForeignAffair

For the full post and listing see Courtland Brooks blog.