Ashley Madison IPO "Plans" Could Be Just For PR

ANEWDOMAIN - Sep 14 - Avid has planned a $200M IPO on the London Stock Exchange, which the recent Ashley Madison hack supposedly waylaid. But leaked emails suggest that the so-called LSE float was a PR-generated story handed to BloombergUK. In an April 16 message to Jason DeZwirek, the firm's largest owner at 30%, Biderman allegedly noted that even some of his "sophisticated financial advisors believed it to be true."

Interview With eHarmony Founder About Stats & The Site's Security

BLOOMBERG - Sep 10 - eHarmony Founder Neil Clark Warren discusses the company's competition and the online dating landscape. eHarmony is responsible for ~2M marriages and the divorce rate is 3.86%. 55% of their subscribers are women vs 45% of men, and the fastest growing demographic is 25-35 years old. 62% of users are coming through mobile phones. When asked about Ashley Madison's recent hack, Neil Clark Warren was very confident about eHarmony's security. "We are spending several millions a year to make sure our security is solid", he said.

TECH IN ASIA - Sep 11 - "Blindfold" dating app was designed for those who would like to keep their private lives private. The app keeps its users' photos blurred until both sides of a match agree to unmask. The app's founder, Wendy Tse, worked as a manager at Society W, a high-end matchmaking service in Singapore. For now, Blindfold is still largely Singapore-based.

by Erik Crouch
See full article at Tech in Asia

PRWEB - Sep 9 - Cuddlr, the cuddling app, is rebranded as Spoonr, and got acquired by Hiplex, a NYC-based company that also operates Tryster, a check-in based dating app.

A Former Ashley Madison CTO Wants To Sue A Journalist Who Says He Hacked Nerve.com

BUSINESS INSIDER - Sep 10 - Raja Bhatia, former AM CTO, is threatening to sue tech blogger Brian Krebs who published a story titled "Leaked AshleyMadison Emails Suggest Execs Hacked Competitors." Bhatia, who left Avid Life Media in 2009, denies the claims. Krebs reported that in Nov 2012, Bhatia told Biderman that he had discovered a "huge security hole" in Nerve.com. He said that he had "access to all their user records including emails, encrypted password, if they purchased or not, who they talked to, what their search preferences are, last login, fraud risk profile, who they blocked or are blocked from, photo uploads, etc."

From our esteemed Courtland Brooks clients:

TECH CRUNCH - Sep 10 - Tinder has today unveiled a new feature called Super Like. Users can see if somebody super liked them before they swipe. Before, the only way a user could find out if their fellow Tinderers liked them back was if both swiped right on each other.

The Inner Circle Bans Women In London From Its Dating App

TECHWORLD - Sep 10 - The Inner Circle, an elite dating app, has stopped accepting women in London for one month to even out the ratio of males to females. London has the widest gender gap out of all the cities it has launched in.

FORBES - Sep 10 - An analysis of the security practices of 24 leading online dating sites has concluded that only seven use secure-enough password practices. Password management company Dashlane assessed each site on 19 different criteria, including the minimum length for a password to be acceptable, and whether there was a requirement for a mix of letters and numbers. Only Zoosk and OkCupid score ~50%. Most mainstream Internet services generally get 75 or above; Apple scores 100%. eHarmony scores 38, while Match.com, Gleeden and Adult Friend Finder all get 30%. At the bottom end of the scale, Badoo and POF with 22.

MARKETWIRED - Sep 10 - Spark Networks is launching a new Tider-like dating app, called Spark. The app is free, pulling user profiles directly from Facebook. Instead of mindlessly swiping right or left, Spark prompts users to compare two local singles and swipe their favorite. If that person likes the user back, it's a match.

The full article was originally published at Spark.net, but is no longer available.

See all posts on Spark

SOCALTECH - Sep 10 - Joe Shapira, the founder of Jdate is launching a new mobile dating app called Jfiix. Shapira founded JDate and its parent company Spark Networks in 1996. JFiix launched in Israel 18 months ago, and now has 200K members in that market.

The full article was originally published at SocalTech, but is no longer available.

'Hift' Is Tinder For Singles With STDs, CEO Interview

OPW INTERVIEW - Sep 8 - Marie Yates would like to end the stigma around STD's and started Hift to help people with STDs connect. We've similar services such as Positive Singles but this is a new app for people to privately connect and converse, and meet. - Mark Brooks

Why did you start Hift? What's your founding story?
The idea for Hift came to me when a close friend was told that they had HIV. 'Will I ever date again?' was one of the many things on their mind and it occurred to me that my friend was not the only STI positive person to ask this. I thought that I could really help people here, and so Hift was created. Having an STI doesn't mean the end of dating but Hift is there for support if needed.

Why did you feel there was an opening in the market?
More than one million people get an STI everyday, whether that be temporary, like Chlamydia or something more long term, such as HIV or Herpes. I thought that the creation of Hift could really help some people when it came to mixing STIs with dating. When Hift was first created there was no other tinder-like dating apps for those with STIs. I like the ease of it, if two people find each other attractive, they Match - it's a simple as that.

There's 400 million people on the planet with STD's, how do you plan on reaching them?
Hift is a new App and our main goal right now is getting our name out.  Not all 400 million people will need Hift, some might be in relationships or comfortable enough to talk about their STI openly on a non-STI dating app and that's great. But Hift is there for those who want more support or like discretion.

How many members do you have now, and where are they based mainly?
Most of our users are based in the U.S, although we have users from all over the world. Although we can't reveal the number of users we have, we can say that we are growing quickly.

How do you monetize?
We have just stared a VIP service for $20 a month where users can have extra services such as searching by location and have extra rounds in Play. But the main goal right now is getting our name out, not making money.

What's your plans for the next couple of years?
Grow. Have a better product, throw singles parties and events, do whatever we can to optimise the Hift experience and help our users. But my main objective is to eventually educate, in schools, conventions, anywhere that will have us, and eradicate STI stigma. I hope that one day there isn't a need for Hift and that people accept that HIV, Herpes, any STI is just a part of life sometimes. If we could end the stigma, that would be fantastic.

Are Lyft Line And UberPool The New Tinder?

RECODE.NET - Sep 4 - Carpool versions of Uber and Lyft, called UberPool and Lyft Line, can be used as speed dating. Although passengers have no control over whom they’re partnered with, there’s a high-enough density of single people in a city like San Francisco that occasional romantic interludes happen. Fidelix, a Lyft driver, claims two-thirds of the rides he gives have romantic intrigue.

BAE Is A New Dating App For Black Singles

ATLANTA BLACK STAR - Sep 4 - BAE (Before Anyone Else) is a new mobile dating app that caters specifically to African-American singles. The founders launched the app at Howard University in April, and received ~17K downloads in its first month, outperforming an early Tinder. Potential suitors can only engage via chat if there is a match. Members are also limited to viewing 30 photos every eight hours, and an algorithm tracks user behavior in order to predict compatibility.

by Ayesha K. Faines
The full article was originally published at Atlanta Black Star, but is no longer available.

A Look Inside Match's Headquarters

ADWEEK - Sep 2 - Match.com is headquartered in Texas where everything is bigger. 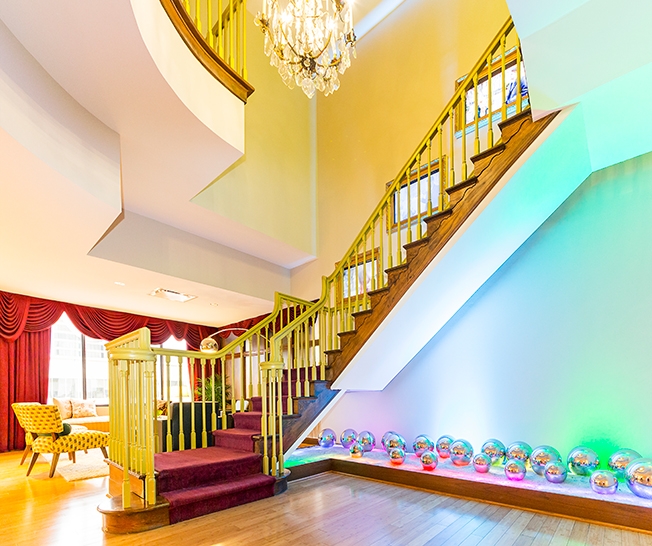 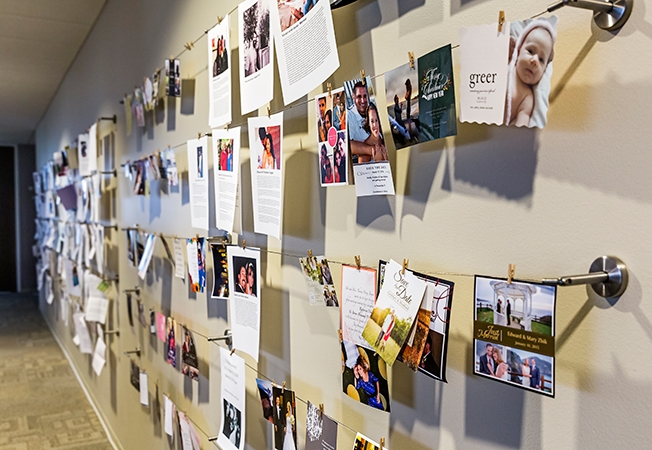