Adult FriendFinder Creator Is On A Quest To Find Robot Souls 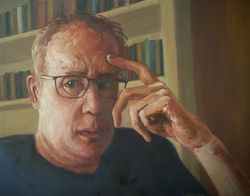 VOCATIV.COM - May 20 - Andrew Conru, an internet pioneer, is trying to determine at what point artificial intelligence develops emotional intelligence, and he thinks he can do it with an art contest. ~31 different robots competed for $100K in prizes at the first annual International Robot Art Competition. "We're trying to answer the question: Is it possible for robots to create something beautiful?", Conru said. "On the surface, it looks like just a painting or art contest, but it's actually a contest to see if we can put a soul or an emotional component in this technology. In 1994, Conru launched WebPersonals, the first online dating site. He sold the company a year later and started FriendFinder, one of the first social networking site. From the very beginning, Conru noticed that most users were just posting nude photos and looking for sex, so he created Adult FriendFinder. In 2007, Conru sold FriendFinder Networks to Penthouse Media Group for $500M, but he remains the CEO. Since building the FriendFinder empire, Conru has discovered his passion for art. In 2015, he completed one painting a day. Now, he posts weekly paintings to his blog, dailyoil.

TIME.COM - May 25 - Two brothers, Justin and Brian Gerrard started Bae, a dating app that works pretty much like Tinder, but tailor-made for black users. The Gerrards came up with the idea after they realized how difficult it is for black singles to find dates on existing platforms. The Gerrards have three full-time and three part-time employees. They're not yet making money, but they hope to do so soon, perhaps through advertising. Bae received an angel investment last year before kicking off a seed round at TechCrunch Disrupt earlier this month.

See all posts on BAE

BUSINESS-STANDARD - May 25 - French dating app, Happn, which went live in 2014 in Paris, is now turning to the Indian market for expansion. Happn plans to set up office in India and launch a digital marketing campaign. Happn would compete with Tinder and Truly Madly. Happn has not had an official launch in the country, but claims to have already gathered 200K customers through word of mouth.

MUMBRELLA - May 25 - eHarmony has hired former Pandora marketer Nicole McInnes to be its new marketing director for eHarmony Australia.

Zoosk's Mobile Expert To Speak At The Mobile iDate In June

WEBWIRE - May 25 - James Infusino, Senior Director of Client Applications at Zoosk, will speak about Zoosk's evolving mobile strategy and learn how the company brings to market new and engaging dating products. The mobile dating conference (iDate) is taking place on June 8-10, 2016 at the Sportsmen's Lodge Events Center in Los Angeles, CA.

OPW - May 25 - All three of the big old-school free dating sites were acquired by Match, and all three are in decline according to Google Trends. What do you think? Please comment. 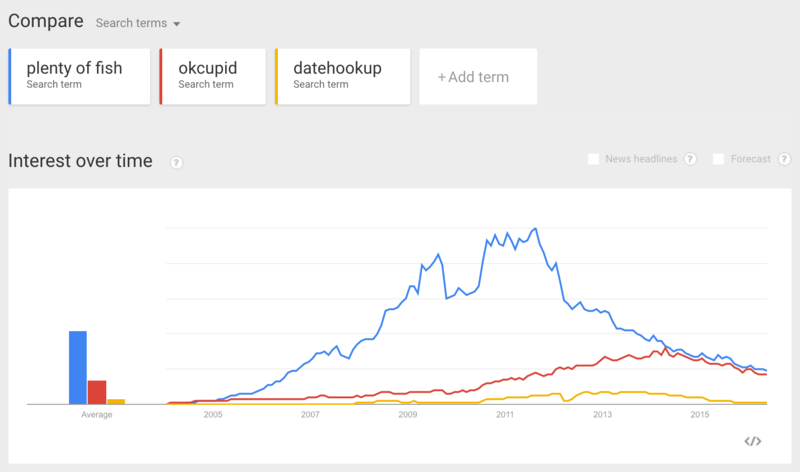 THE GUARDIAN - May 23 - 3nder fights back by asking users to tweet pictures of their socks with #TinderSuckMySocks. Tinder is alleging copyright infringement against 3nder, an app for non-monogamous couples and their potential partners. Founder Dimo Trifonov vowed to fight Tinder but said the financial muscle Match Group might be too much for it. 3nder grew 30% in 2015, sending its revenues soaring by ~980%.

by Rob Davies
See full article at The Guardian

YNETNEWS - May 21 - A new Israeli site is meant for gay and lesbian religious Jews who want to have a 'traditional' Jewish household with somebody of the opposite sex. Thus far, ~50 users have signed up.

Tinder Is Used To Buy And Sell Drugs

NEWSTALKZB - May 22 - Tinder is in the headlines again with reports that it's being used as a forum to buy and sell drugs.

FORBES - May 21 - Valenice Balace of Manila started an online dating service, Peekawoo, with $640 of her own money. People get to know each other through games and questions. The service has 200K users, 40% active, but has never made money. She has no monetization scheme. In June 2013 at an e-commerce conference, she met a venture capitalist who invested 30K in her business. 6 months later he poured in another $105K. Peekawoo later hit a wall of debt steep enough to make Balace feel depressed and consider shutting the service down. But another venture capital investor from San Francisco suddenly e-mailed this year and offered money without even a pitch. That sum was $500K to be spent over four years.

WIRED - May 20 - Computer researchers in Kyoto, Japan discovered a stalking method which is cheap, reliable, and works not only with Grindr but other gay dating apps like Hornet and Jack'd. It's known as trilateration. If Grindr or a similar app tells you how far away someone is—even if it doesn't tell you in which direction—you can determine their exact location by combining the distance measurement from three points surrounding them. In the US that's not a problem but in Islamic countries or in Russia, it can be very serious that their information is leaked like that. 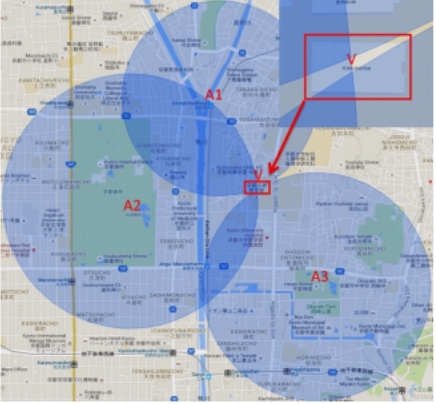 In late 2014, Grindr responded to security researchers who pointed out that risk by offering an option to turn off the app's distance-measuring feature, and disabling it by default in countries known to have "a history of violence against the gay community". The lingering issue, however, remains: All three apps still show photos of nearby users in order of proximity.

IT ESPRESSO - May 23 - Once, a dating app that offers only one match per day, specially selected by a team of matchmakers, has raised EUR 5M in its latest round of funding from LG Capital and Partech Ventures. Once will use the funds to strengthen the product.

See full article at It Espresso

DIGIDAY.COM - May 20 - Grindr, the gay hook-up app, thinks brands should be taking dating apps more seriously. Grindr's 2M daily users spend 54 minutes on the app. Facebook retains users for ~50 minutes a day. Grindr, Tinder and Happn have a huge potential for contextual and native advertising to deliver results, particularly with the availability of first-party data. Grindr already hosts mobile banner ads sold by CPM alongside notification-style broadcasts that can be pushed to local and national audiences using the app's geo-location data.

BESTMEDIA INFO - May 19 - After TrulyMadly and Woo launching in 2014, Tinder came up with a storm in January 2016 and destabilised the market to some extent. Tinder saw 97% growth in active user base in the last few months and 400% increase in app downloads since its launch in India. TrulyMadly gets new users every day and they spend ~45 minutes daily on the app. Woo too has ~2.5 M users. Sachin Bhatia, CEO of TrulyMadly, said, "We are looking at a major disruption in matrimonial websites." Co-founder and CEO, Woo, believes in co-existence. "Dating apps are going to co-exist for the next 15-20 years. Eventually, the younger audience will stop using these websites. I don't think the country is in a situation that anything is going to get replaced soon." But Aditya Save, CMO of Shaadi.com, said, "I don't see dating apps as a competition."

GLOBE NEWSWIRE - May 18 - Gemalto, the world leader in digital security, is supplying Meetic Group, with its Netsize direct operator billing solution. Mobile subscribers of Numericable-SFR, French cable and telecoms provider are now able to pay for subscriptions via their regular phone bill.

See all posts on Meetic