- Aug 3 - Known as the "Jewish Tinder," JSwipe was acquired by Spark Networks last year for $7M. The app, which was launched in 2014, has seen its global user count reach 700k, up from 450k in 2015. The problem for Spark was that JSwipe's free service cannibalized Spark's paid dating site jDate, which saw a decline of 22% YOY in Q1. So Spark Networks is rolling out its First Class feature, a monthly $18 premium subscription to monetize JSwipe.

Q: Why does Tinder need a sociologist on staff?
A: We're trying to understand what individuals desire and how they behave.

Q: What's your day-to-day job like?
A: My job is to understand user behavior and then create a better experience for them.

Q: Tell me more about the user research Tinder does.
A: For example: 6 months ago I analyzed 12K photos of users. 72% of our users present themselves wearing very muted colors rather than a bold color. We can then advice them to wear bold colors if they want to stand out.

Q: Does the product work differently depending on where users are located?
A: The product that we have released now is relatively applicable across markets. We do test a lot.

Q: Do you analyze the text of people's profiles?
A: We haven't done that yet.

Q: How does Tinder use design to encourage civility?
A: Given that we're linked with Facebook, we show mutual friends in common. Individuals who have friends in common will have a higher degree of social accountability and will not act in a way that's inappropriate.

THE STREET - Aug 1 - MeetMe stock jumped ~16% to $7.43 after the online dating company posted stronger-than-anticipated Q2 results. Revenue climbed 48% to $16.4M from last year and was above Wall Street's projections of $15.27M. Mobile revenue rose 82% to $15.1M YOY. "Our mobile traffic is at an all-time high," CEO Geoff Cook said in a statement. Mobile daily active users increased 15% to 1.22M and mobile monthly active users jumped 32% to 4.84M YOY. For Q3, MeetMe forecasts revenue between $17M and $17.5M. The company expects its recent Skout acquisition to close in October.

by Kaya Yurieff
See full article at The Street 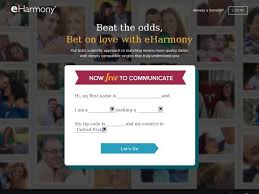 MARKETWATCH - Aug 1 - eHarmony's new CEO Grant Langston and dating industry analyst Mark Brooks join Catey Hill and Quentin Fottrell to talk about the time and money spent on online dating, the science behind it, and why eHarmony will never be Tinder.

Quentin: Last week Neil Clark Warren, the founder and CEO of eHarmony, retired. Grant Langston has taken over as CEO. Grant, I did an interview with you on MarketWatch - "Why eHarmony will never be like Tinder or Grindr". I know you have had a casual dating site before, called Jazzed, that did not really do great and your customer base got confused. Can you tell us about what market you are after in the online dating world?

Grant: We have been in this business for a long time and we have made a commitment to help create compatible long term relationships. It's a little bit of a disconnect to turn around and tell your constituency that we are now also facilitating very casual hookups. That is something that people pass judgments about. We learned the hard way. People that used our core business started to get confused about who we were and what our mission was.

Quentin: So when you started, were you a religious site? What was the ethos?

Grant: Dr. Warren was a psychologist for about 40 years. Towards the end of his career he started to write books about mate selection. Those books were published primarily by religious publication houses. So his audience was largely in the Christian world. When eHarmony started that was the natural constituency for the business because he had made a lot of appearances on Christian radios and had a name in that universe.

Quentin: Mark, how much do you put in all of the science and the secret sauce behind these sites?

Mark: I often get asked why use a dating site. People use dating sites because they help you get the tough questions out of the way right up front. So I really see the sites that are more focused on compatibility as being an extension of this. You are meeting people who are not only willing and able and committed enough to spend some money on the process, which says something, but you are meeting people who are willing to go through a number of questions and be a little bit more involved in the process.

Quentin: Do you think certain types of people are attracted to certain sites?

Mark: Absolutely. For example VeggieDate.com. For some people, being a vegetarian is a big part of their life. That's what they want to lead with. So I think you choose a site based on what your thing is. The thing people go to eHarmony for is more meaningful, more serious relationships.

Quentin: With sites like eHarmony, people do pay. They are showing commitment. With Tinder and also OKCupid you are matched with people and you message them but nobody ever has time to actually meet in real life.

Catey: I always thought of Tinder as a hookup site but more younger people are now finding relationships on that site.

Quentin: What do you think, Mark?

Mark: I think the bigger they get the more general their audience will be and the more range of use the service will have. The entire experience is simplified which is really the secret sauce. They went entirely to be the emotional hub of the brain. They are pure system one (Book: Thinking, Fast and Slow, Daniel Kahneman), pure emotion. It's entertainment, a game, very sharable which also led a great deal to their success. It is moving in the opposite direction than I thought the industry would move in.

Quentin: Grant, you mentioned you were making some changes.

Grant: The bar changes all the time. One of the things that we failed to do is to keep our apps as easy as possible to use. We are always going to be more involved because we need to know more about you to do the kind of matching that we want to do. But the process that we have could use a lot of improvement. It just needs to be a lot easier to interact with it. That is my first priority in this new role.

Quentin: Mark do you think the premium sites are worth the money? $59.95... that is 6x more than your Netflix subscription.

Mark: I think it demonstrates commitment to the process. Somebody once asked me many years ago: "How much would I spend to meet a woman that I would spend the rest of my life with?" And I remember answering: "To me that's $100k? That's the most important decision I will ever make." And he said: "My club is $1k/year, and I'll give you a shot." I said: "Cool, that sounds like a decent deal". Matchmakers are charging $5k - $50k for their services, and they've done OK despite the rise of Internet dating. eHarmony is essentially bottling matchmakers' key services. But it's far more scientific. eHarmony is running rings around most matchmakers.

Quentin: eHarmony launched a matchmaking service for $5k some time ago. I think that actually implies you want to meet somebody who has the money to spend on that kind of site.

Mark: I think people will pay to not be surprised.

Catey: I think Quentin would pay for that :).

Quentin: I have had more surprises than anybody. If I could pay for a premium service where nobody fibs, I would do.

by Catey Hill & Quentin Fottrell
Listen to the interview at MarketWatch

3nder Forced To Change It's Name To Feeld

NYPOST - Aug 2 - 3nder, the kinky app catering to threesomes, will change its name amid a trademark dispute. Dogged by a lawsuit from a Tinder filed this spring, British-based 3nder will change its name to "Feeld." Feeld has seen downloads grow 65% year-to-date compared with last year, to reach a total of 1.57M.

MARKETWIRED - July 29 - The Southern Diocese of the Fellowship of International Churches has joined the ChristianMingle For Churches program. This fellowship includes 15 churches located in Mississippi and Georgia, all of which now offer ChristianMingle memberships for their congregants. CMforChurches.com offers pastors web tools to help connect singles within their church communities such as a custom site for church attendees, church badging so members can easily meet, 50% off lifetime membership for church attendees.

CHICAGO TRIBUNE - July 29 - Tinder is partnering with a nonprofit group called Organize, which aims to end the organ donor shortage. A similar campaign between Tinder and the National Health Service was carried out in Britain last year. Starting in September, Tinder users will be able to swipe right and register as an organ donor. Traditionally, the registry for organ donation has been run through state motor vehicle departments, and people can register when getting their driver's license. But that doesn't capture everyone. According to the White House, 95% of Americans support organ donation but only half are registered as donors.