MEDICAL DAILY - Feb 21 - A new study from the Queensland University of Technology (QUT) has found that most dating app users aren't reaching out to people with desirable traits. The findings were published in journal Cyberpsychology, Behaviour and Social Networking. Researchers looked at the digital dating preferences and contact behavior from online dating site RSVP. Results of the analysis showed that "stating a preference for what people are looking for appears to have little to no bearing on the characteristics of people they actually contact".

See all posts on RSVP

BQLIVE.CO.UK - Feb 20 - Peter Jones and Nick Jenkins secured a 'yes' from John Kershaw for an £80k investment, representing a 20% stake in software firm M14 Industries, the makers of niche dating app software powering solutions like Bristlr and Spex. One by one, each of the Dragons fell for John and his bearded charms, and made him five offers. So many offers, that he had to borrow a pen and paper from the Dragons to do some sums to make his decision. In the end, it was the combination of Nick Jenkins and Peter Jones who John felt offered the most to his business, and he was happy to shake their hands. Bristlr is a niche dating app that connects people with beards with people who like beards. The site claims ~170k users. Spex connects people who wear glasses.

Mark Brooks: M14's appearance on Dragon's Den is available now on the BBC iPlayer at http://www.bbc.co.uk/programmes/b08gdflb.

YIBADA - Feb 20 - There are ~200M single adults in China currently. As online dating was proven popular in the country, women often said they feel harassed due to user gender imbalance. A dating app are launching new features to protect women. Tantan, often referred to Chinese Tinder, placed a security feature wherein users only matched after manually verifying both of their profile pictures and personal information to prove authenticity. They also placed an automatic notification to the female user if a male user either sends any suspicious content or makes overt sexual references to her. If the female confirmed the notification, the male's account is deleted. The abuse reporting rate on Tantan is now at 1%.

eHarmony Is Gearing Up For A Battle To Win Back Millennials

BUSINESS INSIDER - Feb 18 - Historically, eHarmony has not thought of swipe-based apps as competitors, since they tend to cater to more casual daters. But there are plenty of people who now use those apps to look for long-term partners — on Tinder it's 80% of users. By last count, eHarmony has ~750k paid subscribers and 10M active users, which is about the same number it's had since 2012. Tinder, meanwhile, has ~1M premium users and 50M people using the app. eHarmony CEO says business is still strong, even if it's not growing. His primary goal for 2017 is to increase user satisfaction. The company is currently a research into people's senses of humor to incorporate that into its matching algorithm. The company is also making other small fixes attempt to help the app feel fresher.

CREATOR - Feb 13 - New dating apps and sites are helping people find love in some rather unconventional ways. Ona lets users connect with specialists to help them get better at dating. Hater dating app matches people based on things they can't stand. Ferndate helps people put their best image forward. The team also sets up a professional photo shoot for people. Blur, the location-based dating app keeps the profile pictures out of focus until users answer some simple questions that measure personality, interests, and compatibility. After answering five to seven questions, they can clearly see their potential match. Justin Jia, founder of Blur, also wants dating to be fun. The app is "built like a game," modeled after Buzzfeed-style quizzes with questions like "Are you a cat person or a dog person?" Launched last December, the platform already has ~2K users.

OPW - Feb 18 - Here's some weekend wisdom from three people who made it to age 100+. They're asked about their secrets of longevity and my favorite quote is "Finding the right husband to marry...and be closer and closer to...if you are happy, happily married, and happily living...that is the finest remedy for all illness because everything is in perfect harmony."

CHINAMONEY NETWORK - Feb 17 - Zhenai, a Chinese online dating site 20% owned by Match.com, is planning a back-door listing via a reverse merger with Shenzhen-listed DEA General Aviation Holding Co., Ltd. DEA, an aviation parts and electronics maker, said it plans to acquire 100% of Zhenai via new share issuance. The deal is still in the process of being finalized and the two parties have not signed a formal agreement, according to the filing. Zhenai claims ~100M registered users. The company also registered $145M in revenues and $14M in net profits in 2016.

FORBES - Feb 17 - Couples boost the UK economy by £14.5B each year, with dating apps accounting for £11.7B, according to new research by TSB. ~14% of the population use dating apps. Tinder is the most popular (55% of Brits have used it) followed by POF (41%). Research from TBS shows that the most popular first date (28%) involves heading out for a few drinks. 49% of Match.com's daters said they like to "do something cultural" on a first date. According to foot traffic data from Foursquare, movie theatres see a 255% lift in foot traffic on Valentine's Day compared to the week before.

Q: Was there anything else you did to get that initial kick?
A: Yes. It was a funny story. Justin's younger brother was throwing a birthday party for his best friend at USC. We offered to pay for the party bus and call it Tinder party. Students couldn't walk in unless they downloaded Tinder. So ~400 people downloaded Tinder at USC.

OPW - Feb 17 - Liftoff.io works with a lot of dating apps and has some unique insight. This infographic has some stellar info. Here's a summary of some of the most notable dating app marketing intelligence they've gathered.

Asia - CPI is $3.10 and $2.91 per registrant. Huh!? I'll inquire why the regsitrant cost is lower than the CPI and let you know the answer in the comments. Subscribers payout $148.49 apparently.

Women cost more than guys to find, but they spend more. $251.12 for women on average, vs $228.55 for men. Do these numbers look a tad high to you? Please let me know your questions in the comments and I'll try and line up an interview with someone at Liftoff.io and ask your questions to them.

TECH CRUNCH - Feb 16 - Tinder is acquiring an L.A.-based startup called Wheel, which had developed a social network for sharing Snapchat-like videos. Wheel was originally founded in 2015, when it was then called Ferris. The company had raised $2M in 2015. However, Wheel did not became a breakout success. According to data from App Annie, the app was ranked #574 in the Photo & Video category on the App Store. Following the acquisition, Wheel's founding team will join Tinder, including CEO Paul Boukadakis, CTO Chris Shaheen, Joey Boukadakis and Brian Daugherty. Boukadakis will be VP of Special Initiatives at Tinder, and Shaheen will be a senior engineer. Tinder did not share what specific plans it had for video.

NEWSTALK - Feb 16 - AirDates is a new in-flight dating app. It works by a combination of Wifi and Bluetooth. It allows passengers to chat and connect without any network connection. The company is based in London, with a team of 10 developers working on the product. The app has a use on the ground, as well as in the sky.

by Jessica Kelly
The full article was originally published at Newstalk, but is no longer available.

See all posts on AirDates

TECH CRUNCH - Feb 15 - VC investment in the online dating space declined over the past year, with smaller average rounds and fewer funded companies, according to Crunchbase company profile data. U.S.-based online dating startups saw ~$7M funding in the past 12 months. Globally, disclosed venture, seed and growth funding totaled ~$47M for the past 12 months, down from 280$ in the prior 12 months ($240M went to Baihe). Over the past two years, the largest funding rounds by far for dating startups have gone to Chinese companies.

Mark Brooks: Now the VC money is drying up dating apps will have to fend for themselves. It's time for profit over growth. 2017 will be a shakeout year.

Hater, A New Dating App That Matches People Based On Dislikes

THE VERGE - Feb 15 - Hater dating app that connects people that hate the same thing. Founded by Brendan Alper, Hater adds a splash of cynicism to dating. Instead of focusing only on what users like, it also wants to know what they despise. Once users set up a profile, they're given subjects to either "like," "love," "dislike," or "hate."

by Megan Farokhmanesh
See full article at The Verge 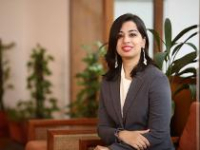 HUFFINGTON POST - Feb 15 - Tinder's acceptance in India led to a spurt of similar Indian apps like TrulyMadly and Woo.

Q: What's is the dominant perception around Tinder in India?
A: In the past 18 months, we have noticed a rapid evolution. There has been a surge in interest, most definitely. However, most Indians still find online dating apps creepy.

Q: The global image of Tinder is that of 'the hookup app', did you try to change that for India?
A: We believe that Tinder is a platform to make connections.

Q: Why did you come up with that 'sanskaari' ad for the app?
A: It's just an ad showing a girl going on a Tinder date and her mom is okay with it. That video, like several other efforts we are making, is meant to make online dating normal in India.

Q: Why did Tinder decide to launch in India?
A: We opened our office in India in 2016. But people were already using Tinder by then. We had decided to take the plunge in the country because India has always had an online matrimony market, not so much a online dating market.

by Ivan Mehta
The full article was originally published at Huffington Post, but is no longer available.