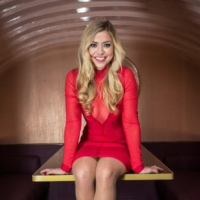 GORKANA.COM - Mar 24 - Nichi Hodgson, former sex columnist for Men's Health, has joined dating app The Inner Circle as comms and PR manager. A former Silicon Valley matchmaker, Hodgson brings eight years' media experience to the role and will help promote the company's brand message, while expanding its international reach. She has published a book on the history of dating - "The Curious History of Dating".

Singles Use Tinder For Confidence Boost

MARKETWATCH - Mar 23 - LendEdu, a consumer finance comparison site, asked ~3,800 millennials if they used Tinder and a staggering 72% of them said they did. When the researchers asked them why, 22% were looking for a hookup and 29% for friendship and curiosity. And only 4% said they were "looking for a relationship." Meanwhile, 44% said they were swiping for "confidence-boosting procrastination."

CONSUMERIST - Mar 23 - Married travelers overwhelmed British Airways promotions on dating sites Match.com and eHarmony. The Match.com promotion offered 150 British Airways frequent flier points for every dollar spent by a new member on the dating site. While Match is only intended to be used by singles, that didn’t stop married travelers from trying to rack up points with fake Match profiles. One U.S. customer paid $215 to the site, earning 32,250 points. In another promotion, BA loyalty members could earn 130 Avios points for every dollar spent with eHarmony. British Airways had to cancel the promotions just a few days after they launched in early March, refunding customers and retracting newly-earned points. Match.com blamed the split on an affiliated promoter who launched the promo without authorization. Match said it had no idea about the offer until the signups started rolling in.

TECH CRUNCH - Mar 22 - Coffee Meets Bagel, the dating site that focuses on high-quality, limited matches, has today announced the launch of its premium service. One of the biggest features is Activity Reports, which show stats on a user's profile about % of times they engage in chats with connections, % of the time they send the first message, whether or not they've been active in the last 72 hours, and a marker for how long it usually takes that person to respond to messages. Premium members will also see read receipts for messages they've sent.

DAILYCAMERA.COM - Mar 22 - Qualify, a dating app born from the University of Colorado's Catalyze student business accelerator in Boulder, recently launched in 39 new universities across Arizona, Texas and Michigan. The students-only app forces users to complete a short quiz in order to reveal the profile picture of their potential match. Founder Sean Chenoweth developed the idea to make daters choose mates based on interest rather than appearance.

New Zealand Is Seeing A Flood Of Bots On Tinder

STUFF.CO.NZ - Mar 22 - The bots typically respond "hello" immediately after matching and then invite men to visit their private webcam on another site soon afterwards – with the aim of convincing them to part with money or simply fleecing them of credit card details in a phishing scam. Bots for online scams were now being designed more intelligently using advances in machine learning.

PRESS RELEASE - Mar 21 - Spark Networks Q4 revenue was $7.7M, a YOY decrease of 28%. Q4 2016 net loss was $3.7M. For the full year 2016, total revenue was $35M, a decrease of 27% compared to the year ago period. The YOY decrease was primarily driven by 10.3% and 13.4% decreases in average paying subscribers for the Jewish and Christian Networks segments, respectively. CEO Danny Rosenthal commented: "We expect 2017 will be a transformational year for Spark. Our priorities are clear: operating profitably, relaunching our technology platform and driving future growth through effective marketing investments. Importantly, we are on track to deliver our new technology platform and re-launch JDate in Q2 and Christian Mingle in Q3."

CBC.CA - Mar 21 - Tinder has been keeping its new, elite service under wraps for the last six months. Tinder Select is for the world's most exclusive bachelors and bachelorettes, and promises an increased level of privacy to people who are wary of being overexposed. Tinder hasn't been exactly forthcoming about the criteria it uses to decide who makes the Select cut, the preference is clearly for those who have that magic blend of affluence, attractiveness and notoriety.

SEEKING ALPHA - Mar 21 - Momo is one of the most popular social networking apps in China. It has evolved from a dating app to a major player in live-streaming, a very lucrative business in China. Revenues have jumped ~300% in 2016, and they still have a lot of room to increase further. Shares are cheap based on forward multiples, and the barriers to enter the industry are increasing. Momo started in 2011 by Yan Tang, former executive at NetEase. By 2012, it had 22M registered users, and as of December 2016, monthly active users (MAU) on the platform reached a record 81.1M. The company started generating revenues in July 2013, and is currently profitable. In the beginning, Momo was a dating app similar to Tinder. Over time, the company added more features, like groups, member forums or topics. In 2015, it launched live video streaming, which today generates the bulk of the company's revenues.

WEBWIRE - Mar 21 - The iDate mobile dating conference is taking place on June 1-2, 2017 at the Sportsmen's Lodge Events Center in Studio City. The event will focus solely on mobile dating and mobile dating apps. Speakers include CEOs and executives from: Zoosk, Woo, PinkSofa, Online Personals Watch and others.

DAILYMAIL.CO.UK - Mar 20 - Spontana is a mix between Instagram and Tinder. The app that lets people rate each other's selfies, all while finding a date. Users upload a picture of themselves that is rated by others. If two users give each other's selfies a high rating, they will then have the ability to contact one another - similar to Tinder's swipe model.

STANDARD.CO.UK - Mar 21 - Oliver Phillips, a master's student at the London School of Economics, thought of the app while travelling in Asia when he struggled to find local dining companions who spoke English. Meet'n'Eat encourages people who want to get to know others, or who speak the same language, to eat together. They are matched by using GPS location data alongside filters such as age, food choice, time and date. Meet'n'Eat is self-funded, hoping to secure restaurant advertising after next month's launch on iOS and Android.

PINKNEWS - Mar 20 - 272k attempts to access Grindr had been made in a single month. The figures log all the websites visited by MPs, Lords and their staff, and guests to the parliamentary estate who have been given access to the Internet. Employees and visitors are banned from accessing websites such as Grindr, Tinder and other dating apps on the estate. There were also a thousand attempts to view Tinder, a fraction of the number made to Grindr.

Why Are Investors So Afraid Of Dating Apps?

GRUENDERSZENE - Mar 20 - Mayze, a new Munich-based dating app, has been launched recently. Marianne Kraai, the app's founder, calls her app "Parship for the young generation". While the Tinder aims at young mobile users, who are mainly looking for casual relationships, Parship attracts older users who are looking for serious relationships. Mayze wants to position itself in the middle. The market is crowded. There is Tinder, Lovoo and Spotted but the apps don't attract any investors. Lovoo, for example, did not receive any external money. According to TechCrunch, there were only $47M for dating startups in 2016 - $32M went to a Chinese player. "Investors are often afraid of dating apps," says Romain Lavault, partner of the French VC Partech Ventures who led the investment in Once. "The apps do not hold their users, and it is very difficult to get users to pay," says Lavault. In addition, the exit market for dating startups is quite limited. Anke Hecht from VC Target Global sees a lack of innovation. "The dating market has not changed for years", she says.