POF Study: Great Conversation & Grammar Are The Sexiest & Most Sought After Elements In Dating

PR NEWSWIRE - Apr 24 - The Plenty of Fish Conversation Nation 2018 survey reveals singles are more turned off by bad grammar than bad sex. The study, which surveyed 2K US singles 18+, revealed conversation as the benchmark for chemistry and compatibility. 74% of singles say conversation is the #1 indicator of chemistry, even over physical attraction. 58% of singles say bad grammar is a bigger turn off. 59% won't start talking to someone whose dating profile promotes a political opinion opposite of theirs. Across party lines, 52 percent of Republicans and 65 percent of Democrats won't start a conversation with a political opposite.

FOX BUSINESS - Apr 24 - Most mobile app users trust that the apps they download from app stores are safe and secure. But that isn't the case, according to Douglas Maughan, who heads up the Department of Homeland Security's Science and Technology division. "Most mobile apps aren't vetted," he says. Percy Tucker, senior manager of systems engineering at RSA, showed us how exposed user data is when connected to a Wi-Fi network. Everything done on an app can be seen - if that app doesn't have proper security. "If a user is on their laptop and they are doing something under an unencrypted protocol we can actually visually reconstruct exactly what they are seeing."

A Large Percentage Of Millennials Are Willing To Date Someone Older

Jdate And ChristianMingle To Expand Globally 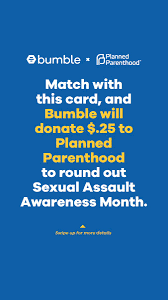 Dating App Transdr Aims To Be A Tinder For Trans People 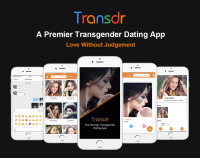 HUFFINGTON POST - Apr 24 - The app, which launched last month and is currently free, operates just like Tinder. Transdr's co-founder Sean Kennedy described the app as "a new place for trans people who are looking for serious relationships." Transdr arrives at a time when existing apps have already expanded their services to include trans users. In 2016, Tinder announced an update that made it possible for users to specify gender identities like "transgender," "trans man," "trans woman," and "gender queer." Grindr followed suit last November, offering users customizable gender identity and pronoun fields.

International Love Scout CEO To Speak At iDate In Odessa

WEBWIRE - Apr 24 - The next iDate is taking place at the Bristol Hotel in Odessa on May 24-25, 2018, and its focus is on the premium international dating. Charlie Morton, CEO from International Love Scout will explain to marriage agencies how they can do a better job developing the trust of prospective North American clients. You can register here.

Q&A With Helen Fisher: What Love Does To Your Brain

VOX - Apr 24 - Helen Fisher is a biological anthropologist, the chief scientific adviser to Match.com, and the author of several books including Why We Love: The Nature and Chemistry of Romantic Love. She's written six books about human sexuality, gender differences in the brain, and how cultural trends shape our views of sex, love, and attachment.

Q: What happens to our brains on love?
A: There is an activity in a tiny little part of the brain called the ventral tegmental area. It turns out that this brain system makes dopamine, which is a natural stimulant.

Q: So being in love is like being hooked up to a perpetual dopamine drip.
A: It's a great way to put it. But the dopamine hits occur even when you're not with the person. You can think of love as an intense obsession, but it's really an addiction. We found that, in addition to the dopamine system being activated in the brains of people in love, we also found activity in another part of the brain called the nucleus accumbens. This part of the brain is activated in all forms of behavioral addiction - whether it's drugs or gambling or food or kleptomania. So this part of the brain fires up in people who have recently fallen in love, and it really does function like an addiction.

Q: What do we, as a culture, get wrong about male and female sexuality?
A: A lot. We think men want to have sex with everything that walks, but that's not true. They're much more picky than people think. We also got it wrong that women are not interested in sex. Women in college have more sex than men in college do. Men fall in love faster and more often. Men like public displays of affection more regularly. Men have more intimate conversations with their girlfriends and wives than women do with their husbands and boyfriends because women have their intimate conversations with their girlfriends, not necessarily with their man. Men are also 2.5 times more likely to kill themselves when a relationship is over.

Q: What makes for a happy marriage or relationship?
A: Express empathy, control your own emotions, and overlook the negatives in your partner and focus on the positives.

A Match.com Glitch Reactivated A Bunch Of Old Profiles

THE VERGE - Apr 23 - A Match Group spokesperson confirmed that a "limited number" of old accounts had been accidentally reactivated recently and that any account affected received a password reset. Match.com's current privacy statement says that the company can "retain certain information associated with user account" even after they close it. The company plans to roll out a new privacy policy in order to comply with the EU's General Data Protection Regulation (GDPR); under the new policy, all those years-old accounts will be deleted. Although there is no federal data destruction law in the US, 32 states have data disposal laws that require "entities to destroy, dispose, or otherwise make personal information unreadable or undecipherable."

by Lizzie Plaugic
See full article at The Verge

Survey: Bumble Is Definitely Not A Hookup App

MASHABLE - Apr 24 - According to Bumble's recent survey, 85% of respondents are looking for marriage or a boyfriend/girlfriend. Less than 4% of men and less than 1% of women on the app "are looking for a hookup," and 25% of users say they "went on a first date with someone they met on Bumble in the last month." Tinder unveiled similar data last year that claimed its users were more interested in finding serious relationships than were non-users of online dating tools.

Gleeden And Its Success In India

Q: What brought Gleeden.com to the Indian market?
A: We saw a real potential in India after we notices a lot of users registering from India.

Q: Cheating in a marriage is a punishable offence in India, so how does the website circumvent that?
A: We are not promoting adultery. We allow married people to interact on a secured platform in complete privacy.

Q: What are the safety measures you have adopted?
A: We have a very strict moderation policy. Photos and texts that are fake, indecent or provocative are automatically refused. Members are banned if they do not respect the regulations. Users can also report abuse.

Q: What are your expectations from the Indian market?
A: Our goal is to get very good brand awareness, being the extramarital expert for Indian media and become the unique player in India.

See all posts on Gleeden

WEBWIRE - Apr 23 - The event is taking place at the Bristol Hotel in Odessa on May 24-25, 2018. Alex Pinto, CEO of ForHimDating, will speak about the Ukrainian Matchmakers Alliance, a recently created association of premium international dating companies and matchmakers in Ukraine. Viktor Tsiukh, Founder at ChatOS, will speak on high quality dating site traffic & effective dating agency management instruments.

Whitney Wolfe Herd Made It Into TIME 100 Most Influential People

OPW - Apr 23 - CEO & Founder of Bumble, Whitney Wolfe Herd was named one of the TIME 100 most influential people.

POF BLOG - Apr 19 - 72% of extroverts and 75% of introverts have zero preference when it comes to dating either party, revealed a Plenty of Fish survey of 2k users. 48% of survey respondents identified themselves as introverted and 43% of these singles say their introversion has no impact on their dating life. 42% of extroverts think being extroverted impacts their dating life positively and only 26% wish they had more introverted qualities. 81% of introverts and 77% of extroverts prefer someone who will lead the conversation and ask questions over someone who listens and follows other's leads.

Bumble Wants To Get People Talking About Consent

KXAN - Apr 19 - Bumble has partnered with Planned Parenthood on a campaign to promote sexual consent. As part of this campaign, Bumble will bring a surprise to the University of Texas at Austin campus next week as part of Sexual Assault Awareness month. The company wants to start a conversation about how easy and important enthusiastic consent is in sexual encounters.