9 Dating Apps and Sites That Died

What Happened to Hater Dating App?

DISTRACTIFY - May 30 - Dating app Hater was matching people based on dislikes. The app was started by a former Goldman Sachs employee who quit his job to pursue comedy. The Hater app started, literally, as a joke. To launch the app, Brendan took his idea to Shark Tank. Mark Cuban gave him $200K as a starting investment, though instead Brendan ended up raising $1M in VC funding. In 2017, the app was downloaded ~1M times. While the Hater app website is still active, the app appears to have been removed from the app store, and the company's Twitter hasn't been active since 2018. There is no official statement from the company about their closure, but it appears to have been shut down. During Brendan's interview with CNBC, he admitted that the app wasn't making any money at the time, so they were planning on implementing advertising and premium subscriptions, though it appears that never panned out.

See the top news on Hater

The Rise of Niche Dating Apps in Tinder Era

- Feb 12 - In an increasingly crowded market, a new generation of niche apps are going a step further by homing in on specific requirements that narrow down the dating pool drastically. "I've found that people from similar backgrounds tend to stick together," says Lydia Davis, founder of Toffee, the world's first dating app for the privately educated. Davis set up Toffee in 2018 with the aim of connecting people on the posher end of the spectrum. In nine months, the app has gained 25K subscribers in the UK and there are plans to expand into new markets including Australia, India and Nigeria. "In the UK, 8% of people are privately educated but in Australia that number is 35%. In India, it's 38%. The Inner Circle, an exclusive dating app launched in Amsterdam in 2012, is now active in 30 cities and has 1.4M members. Users are screened using their Facebook and LinkedIn before being allowed to join, though the required criteria remains a closely guarded secret. Not so with Luxy, a dating app for the super-rich where users are encouraged to verify their income by submitting their tax returns. Location and lifestyle are also important factors for niche dating platforms. In 2006, sisters Lucy Reeves and Emma Royall set up Muddy Matches, a dating site for "country-minded people". In fact, there's a dating app for everyone. Twindog is for dog lovers, Bristlr is for those with facial hair, Gluten Free Singles, JSwipe, Hater, a dating app that determines compatibility based on the things people hate, Donald Daters, etc.

OPW - Feb 20 - Every year we take a look at who scored the most press summaries on Online Personals Watch. We look for top tier news and summarize what we think is most interesting to you, our audience of Internet dating industry leaders, app designers and marketers.

Other companies that did well and got a solid press coverage last year were Hinge, The Meet Group, Zoosk, Hater, Matchpoool and Chappy.

On Dating App Hater, Every One Is A 'Hater'

CNBC - Feb 12 - Hater was created by a Goldman Sachs alum to unite people by things they dislike. The company has raised ~$1M, and has been downloaded more than a million times. Currently the Hater app has 4,000 topics such as cargo shorts, crocs, and vegan food. Like the Tinder dating app, people swipe through the topics, either right or left, to say if they like it or hate it.

FORBES - Dec 7 - Last Valentine's Day, Goldman Sachs alum Brendan Alper, 30, launched his new dating app, Hater, which matches people based on what they hate rather than what they love. At business pitch show Shark Tank that aired Nov 26, Alper struck a deal with Mark Cuban. He will invest $200k in exchange for a 10% stake in the company, valuing Hater at $2M. Just before the show, Alper had raised $500K from a venture firm called Sweet Capital, which bought a 12.5% stake, valuing the company at twice as much.

Q: How did your appearance on Shark Tank come about?
A: They reached out to us.

Q: What was the most challenging part about applying?
A: The application process is very difficult and lengthy. You have to pass several tests at various rounds to proceed to the next stage.

Q: What did they tell you about whether your segment would air?
A: That's the hardest part psychologically. You don't know through the entire process whether you’re going to make it.

Q: What was the taping like?
A: Very stressful. We rehearsed the pitch 100 times. But you don't know what they're going to ask. None of that is scripted.

Q: Which of their questions were toughest to answer?
A: How are you going to make money and what are you going to do about growth? Why should we invest in you based on your relatively small number of users compared to other apps? We have 750K users worldwide.

Q: Match.com has 21M users. How can you compete?
A: Our app isn't just for dating. It's for meeting in a social capacity. We can't compete purely from a numbers perspective.

Q: Why did you do a deal with Mark Cuban when other sharks were offering you more money?
A: To be honest, the one thing we didn't really prepare for was picking a shark. It's a strange thing to have to make a decision in 10 seconds. Also we'd just closed a $500,000 investment from another investor so the money didn't matter so much to us.

Q: But your other deal valued the company at twice the amount Mark Cuban's offer did. Why dilute the value of your company so much?
A: There are a lot of unique benefits that come from working with the right person.

Q: How did your other investors react to you selling a stake to Mark Cuban for half of what they paid?
A: No investor likes to see that happen but they understood the context.

Q: Where does your deal with Mark Cuban stand now?
A: We had to sign a non-disclosure agreement so I can't talk about it. But it's being worked out now.

Q: How has your appearance on the show affected your business?
A: We got a lot more downloads.

MASHABLE - July 22 - Dating app Hater, which matches people based on the things they dislike, has discovered that a lot of users just don't seem to care where their potential matches are located — because they have no intention of ever meeting them IRL. So Hater launched Global Mode for those who want to be matched with people around the globe. ~20% of their user traffic is in Global Mode, and those people are mostly using the app just to hang out and talk. The younger a user is, the more likely they are to be on Global Mode. Plenty of people use the major dating apps as a way of expanding their social circles. In an effort to capitalize on this, Bumble added BumbleBFF in early 2016, and Tinder launched Tinder Social a year ago. But they haven't exactly taken off as the premiere way of finding new pals.

CT POST - July 20 - Hater is a Tinder-style swiping dating app that matches people based on what they hate. The people at Hater compiled the data to create a map of what singles in each state hate the most. The Success Of Hater, The Dating App For Haters

CBS NEWS - Apr 9 - Brendan Alper says: "People hate things everywhere; everyone likes to complain." That truth led the former Goldman Sachs finance associate to quit his job and launch a dating app Hater that matches users based on what they hate. Users swipe on ~3k topics, loving or hating as many as they want. Mutual dislikes are a better sign of compatibility than mutual likes, and two studies seem to back it up. After a month, Hater had 350k users all around the world. 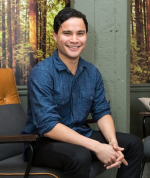 BUSINESS INSIDER - Mar 3 - Hater, a dating app that connects people based on mutual dislikes, created an image of Vladimir Putin caressing a pregnant Donald Trump and projected it on buildings throughout New York City. The advertisement got some laughs, but it also inspired Internet backlash. Hater's founder Brendan Alper has a handful of death threats sitting in his Facebook inbox, and has decided against heading to an upcoming tech conference in Moscow, Russia. The app is only about a month old, but it's amassed ~30k daily active users, ~310k total users in the US and abroad — it's the top lifestyle app in Germany right now, the company says — and has produced close to 200k matches so far. The next step is figuring out how to make money. Alper has no plans to make the app a subscription-only service, have a paid tier, or show ads. Instead, he hopes to monetize in different ways, like letting brands pay to show themselves as a topic in the app and giving anonymized demographic data back to the brand.

TECH CRUNCH - Feb 28 - Hater founder and CEO Brendan Alper says the idea for the app came up a year and a half ago, but he hadn't envisioned it as being a real product at the time. Instead, Alper, a former Goldman Sachs employee, had left the banking biz to pursue his passion in writing comedy. Hater was originally going to be a part of an online comedy sketch. But the more he talked about it, the more it seemed like the app might actually have real appeal. The app connects people based on their dislikes. Hater now has 310k users and 30k+ daily active users. Alper is planning the expansion to social, more Facebook ad tests and a partnership with Cosmo, which will publish stats pulled from the app. Brands are also talking to Hater about future integrations, which could see them being able to place their own items into the app's list, then analyze the results of who likes and hates those topics.

Hater, A New Dating App That Matches People Based On Dislikes

THE VERGE - Feb 15 - Hater dating app that connects people that hate the same thing. Founded by Brendan Alper, Hater adds a splash of cynicism to dating. Instead of focusing only on what users like, it also wants to know what they despise. Once users set up a profile, they're given subjects to either "like," "love," "dislike," or "hate."

by Megan Farokhmanesh
See full article at The Verge