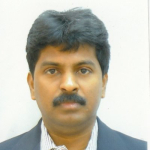 THE HINDU BUSINESS LINE - Apr 10 - Online matrimony remains a growing segment despite apps, says Matrimony.com CEO J Murugavel. Matrimony.com had launched a dating app 'Matchify', two years ago but was shut down a year later. "We launched the app as we did not want to miss out on the disruption dating apps were causing. We invested close to ₹13 crore ($2M)," he said. "We felt it was not serving the purpose with which it was started, facilitating meetings with the intention of marriage. So I decided to switch back to our core business, which is online matchmaking," he said. Number of profiles in Matrimony.com grew 20% last fiscal. ~80% of the profiles were created by individuals rather than parents. Matrimony.com has a market share of 60% in online marriage services in India.

TECH CIRCLE - Dec 12 - Matrimony.com has scrapped plans for an IPO this year, with just days remaining for its regulatory approval to lapse. "We have decided to postpone the IPO due to weak market conditions," said Matrimony.com's CEO. Matrimony.com was founded in 1997 and comprises three segments – matchmaking services, marriage services and related sale of products and other services, such as the mobile-only relationship app Matchify. It started offering online matchmaking services in 2001. Matrimony's net revenues more than doubled in the four years between FY11 and FY15. The company closed the year ended March 31, 2015 with net revenues of Rs 232 crore ($34M), up over 16% than the previous year. The company claims it has 647k paid subscribers. The company was looking at an IPO worth Rs 550 crore ($82M) of which ~Rs 200 crore was to go to its selling shareholders.

Dating Apps In India Pave New Path To Getting Hitched

THE ECONOMIC TIMES - Nov 4 - In all, TrulyMadly, Woo and Tinder have ~1M monthly active users in India, according to a report in tech journal iGadgetsworld. While data for matrimonial sites were not available, experts foresee dating apps catching up. Ritesh Banglani, who led an investment in TrulyMadly last year, said 25-35% of the "users on dating apps are looking for marriage". The trend of arranged marriages is likely to continue to decline and the logical next step for matrimonial sites would be to stay relevant either by innovating or acquire a leading dating app in India." Matrimony.com, which operates BharatMatrimony, acquired Matchify in April last year but CEO Murugavel Janakiraman insists that dating apps aren't able to scale up or make money here. "We tried out Matchify but India has a largely traditional user base so these apps are not going to work here," he said. Gourav Rakshit, CEO of Shaadi.com, conceded that although the site gets ~11K new registrations every day, many of its users are on dating apps as well.

by Shashwati Shankar
See full article at The Economic Times