MASHABLE - Oct 6 - From today, daters can access Hinge and Headspace's pre-date guided mediations on hinge.co/headspace at no cost. The meditations last around five to six minutes and they tackle a number of emotions singles might be feeling before a date, from self-doubt to negative self-talk.

MASHABLE - Sep 15 - Match will prompt users and ask if they're ready to move to the next step if a conversation looks promising. The pop-up allows them to share how they're feeling about someone without the potential awkwardness of their match not reciprocating. According to Match's recent survey, 93% of users said they'd like to know if someone on a dating app is as into them as they are. 66% have wrongfully assumed a match's interest level. Once both people are ready, the profiles move to "Dates," a dedicated section of the app. From there, they'll learn about their match's dating preferences like how they prefer to social distance, and what their ideal first date is.

See the top news on Match.com

MASHABLE - Sep 1 - ~500K OKCupid's users said they couldn't date someone who didn't vote. Those who say they're registered voters are 63% more likely to get a match - and 85% more likely to receive a message. OkCupid is launching the Voter 2020 badge to millions of users across the country.

See the top news on OKCupid

MASHABLE - Aug 11 - Tinder has recently settled an age discrimination lawsuit in California, which saw users over 29 paying double what younger people were for the subscription. Now the Australian consumer organisation Choice has filed an official complaint with the national consumer commission, the ACCC, after conducting a mystery-shopper survey that found prices for a one-month subscription to Tinder Plus ranged from AUD$6.99 to AUD$34, with no transparency upfront about the variation. The highest price( $34) was for a straight man over 50 in a metro area; the lowest was $6.99 for a queer woman under 30, also in the city. "Based on our mystery shop, we know that Tinder is using age to set different prices. But even within age groups, we saw a range of prices, demonstrating that there are other factors at play that Tinder is yet to explain," said Choice director of campaigns Erin Turner in a statement.

MASHABLE - July 14 - There are ~13M single parents in the United States, and half of people aged 20 to 45 report wanting children - but it's not exactly what people want to open a Tinder conversation with. Heybaby wants to take away the apprehension involved in trying to find a partner with similar life plans. The app will be available first in San Francisco, where the team is based, but it will expand eventually to everywhere in the United States. It's also iOS only for now.

MASHABLE - June 6 - In 2018, OkCupid rolled out a feature for users who identified as any gender other than a man or woman to choose their pronouns. Now, the dating app is opening that feature up to every user regardless of their gender. They're doing this in the hopes that it will normalize listing pronouns in users' profile and create a safer environment for OkCupid's trans and nonbinary users.

MASHABLE - June 25 - Tinder users can identify as three of the following: straight, gay, lesbian, bisexual, asexual, demisexual, pansexual, queer, and questioning. Since launching a year ago in Australia in partnership with GLAAD, 62% of swipers have set an orientation, and one in five matches made identify as queer. Tinder also plans to expand its More Genders features on a global scale in the next few months.

MASHABLE - June 3 - A Grindr spokesperson said that racism has no place in their community. "To help do our part, we have decided to remove the ethnicity filter from Grindr. Once the filter is removed, users will no longer be able to filter profiles by ethnicity," they said. Grindr launched in 2009 and has long had ethnicity filters. Ethnicity filters on Grindr and other dating apps have proven to be controversial. This decision to remove the filters comes after days of protests across the nation in response to killing of George Floyd.

See the top news on Grindr

MASHABLE - May 20 - Hinge launches Hinge Labs, the first dating app research program backed by behavioral data and not solely on surveys. The app is now also testing in-app video calls and select markets (Dallas, Denver, Miami, Minneapolis, and Washington, D.C.), and will roll out the feature globally this summer. Logan Ury, Hinge's Director of Relationship Science and Dr. Emily Hittner, Hinge's Director of Research, are at the helm of Hinge Labs. Hinge Labs's first project is analyzing video dating. The team sent out a number of surveys to users during quarantine to track how people are using video dating. The data shows that perception of video chatting is different than the reality. While 58% of users cite fear of awkwardness as the top reason for not video dating, 81% of those who did felt no or "only slight" awkwardness.

MASHABLE - Apr 8 - Hinge is launching "Date From Home," a feature where users can easily tell someone whether they're ready for a virtual date. Hinge recently added a pop-up message to the app, advising its users to date at home. It points out that 70% of its members are down for a "digital date," over a platform like FaceTime or Zoom. While matches are messaging each other, the 'Date from Home' menu will appear and ask if they're ready for a digital date. Responses will remain private until both users are ready, and the feature will notify them. Then it's up to the users to take it from there.

MASHABLE - Mar 11 - Sunday is the app's busiest day, and Swipe Night capitalised on that, with Match Group saying that the event boosted matches by 30%. The show's first season was due to launch across multiple international markets this Saturday. But Swipe Night's international debut was cancelled on Monday night U.S. time, a decision "made at a global level." "Tinder was excited to bring this innovation to Australian members, but given the series' apocalyptic theme, and because we are sensitive to the current events our members are experiencing, we felt it would be difficult to launch it in the right spirit," said the company's PR firm.

MASHABLE - Feb 11 - A new report from Ghostery, which creates products to detect and block data trackers, reveals which dating sites are using ad trackers. A data tracker is a snippet of code that companies such as Facebook and Amazon can implement onto other sites. Ad trackers on dating sites, for example, retarget the user on other websites. If a user goes to Match.com, the next time they go on Facebook they may be served an ad for Match. 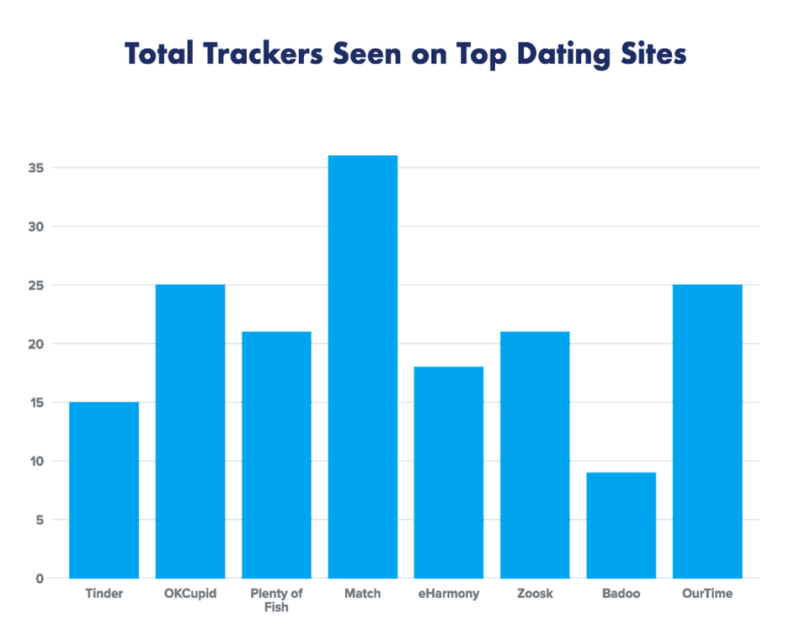 MASHABLE - Feb 5 - One in five Americans have engaged in consensual non-monogamy. And yet, there are no good dating apps for non-monogamous people. Many of the apps used by the non-monogamous community are "trash" or solely for sex, said Steve Dean, online dating consultant at Dateworking.com, a dating coaching and consulting business. Dean, whose been non-monogamous for the past nine years, referred to one called Pure, as "Uber for sex." Feeld is another one that falls into the hooking up category. Then there is #open, an app that claims to be an inclusive community for any type of user. 94% of the app's 40K users report they prefer some form of open relationship, according to #open's cofounder Amanda Wilson. The most "mainstream" app that provides a tailored experience to non-monogamous people is OkCupid. In 2016, OkCupid added a feature for polyamorous couples. It subsequently replaced its "open relationship" status option with the term "non-monogamous." Dean said OKC is the best app for non-monogamous people right now, but technical changes have made it "virtually useless." This is because a 2017 change that filtered out unwanted messages had an adverse effect.

MASHABLE - Dec 3 - Hinge, which at one point called itself "the relationship app," is one of the many apps now owned by the Match Group but still strives to set itself apart. Its founder, Justin McLeod, set out to make an app less shallow than Tinder - but with a younger demographic than eHarmony and Match. Hinge ditched swiping in 2016 and charged seven dollars for the app to weed out non-serious users. By 2017, the mandated membership fee was gone, but they did not go back to the swipe model. After being acquired by Match Group, Hinge went through another rebrand that included a design makeover and a new tag line, "Designed to be deleted." Hinge has been fine-tuning their algorithm and figuring out what leads to better matches. Using data to help users get into relationships is partially the inspiration behind Hinge Lab, the app's new data department. Hinge Lab is like personal trainers at the gym.