Furry Dating Site Shuts Down Because Of FOSTA 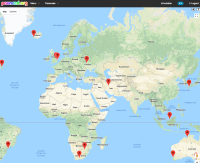 MOTHERBOARD - Apr 2 - Pounced.org, a dating website for furries is the latest casualty of FOSTA, a controversial anti sex-trafficking bill that passed in the Senate last week. Now, when you visit Pounced, instead of personals ads, you're presented with a thorough explanation of why the site is down: "FOSTA attempts to make Internet sites such as pounced.org liable for the way users use the site in an effort to address sex trafficking and prostitution. FOSTA increases our liability significantly and chips away at one of the primary reasons we as a small organization can provide services to the community - the protection that had previously been offered to us by Section 230 of the Communications Decency act". Pounced goes on to explain that while it doesn't actually promote prostitution or sex trafficking, a part of FOSTA says that if the site does facilitate the prostitution of another person - even unknowingly - it's liable. Since it's a volunteer-run website, a lawsuit or charges for violating this law (which isn't a law yet, but will be once the president signs the bill) would be devastating.