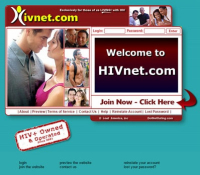 EDGE BOSTON -- June 27 --  "Poz-only" dating site owners are hoping they help people infected with HIV meet others without the fear and exclusion they might encounter on other gay dating sites. The sites also give the men a forum to talk about it. The sites include BeOneCity, launched recently in Los Angeles, PositiveSingles, PozitiveLiving, PozMatch.com, PositivePersonals - all personals web sites for HIV+ people. Many organizations and HIV experts have not embraced serosorting. Although serosorting is entirely based on the foundation of trust, it is still a good way to reduce the spread of HIV to negative men, argues Robert Brandon Sandor, founder of  Poz4Poz, a series of parties for pozzers. FULL ARTICLE@ EDGE BOSTON