BUFFALO NEWS - Jan 25 – A host of new online dating services are transforming the online dating landscape with innovative new ideas, adding alternatives to traditional online dating. With more than 800 online dating sites, according to Mark Brooks, who edits Online Personals Watch, consumers have many decisions to make before the dating even begins. Launched in 2010, Cheek'd, provides members with cards, similar to business cards, containing an icebreaker message and a code. Cards are given to potential dates offline to hopefully initiate an online contact. Virtual world, Weopia, allows people to go on cyber dates prior to meeting in person. Other sites, such as SpeedDate, Skout, Goodwizz, and CanDoBetter, are all adding interesting alternatives for the estimated 20 million Americans who date online.

The full article was originally published at Buffalo News, but is no longer available.

THE 33TV - June 24 - Entrepreneur Dave Wilkie says, on average, it takes online daters 2-3 weeks to finally meet someone in person. That's why he decided to create a tool that speeds things up. It's called Weopia: a 3-D dating world where daters get to know each other by playing games and quizzes and talking to each other live. Wilkie says going on a virtual date is less intimidating and takes less time. Another added bonus: It's safe. There's no need to leave your house, and there's no awkward first encounter. "You don't have to finish a 2-hour dinner," Wilkie said. At Weopia, you just reject with one mouse click. A 1-day pass to Weopia is $4.95, or $18.95 a month.

The full article was originally published at The 33TV, but is no longer available.

PRESS RELEASE - June 10 - The person behind the avatar in Weopia virtual worlds is now able to converse using new voice technology. The sound of your voice is five times more revealing of personality and liking than words alone. Now, daters can chat with their real voices, answering relationship quizzes, playing games and discovering each other. Weopia works with any online dating site. It was built to bridge the gap between online dating and that first real life date, reducing the incessant email process and helping daters to meet someone they have a better chance of liking. 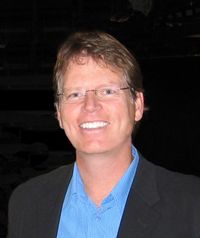 OPW INTERVIEW - Mar 1 - Professor Michael Norton from Harvard tell us that more is less. The more profile information that is collected on dating sites for singles, the less the interest from other singles, according to his research. When singles talk to other singles that they know little about, they tend to imagine as more ideal than they may be. Enter virtual dating. Weopia is a virtual dating service we found intriguing, so I interviewed the CEO, Dave Wilkie, a few days ago. - Mark Brooks

How would you describe Weopia?
We like to call it a companion tool to online dating sites. Users of dating sites can use Weopia to have a virtual date.

What is your background?
My background goes back into advertising. For 18 years I owned an advertising agency in Canada. I’ve taken about 1 year off to build Weopia.

What drew you to the Internet dating space? What inspired you?
Back in my teens a friend of mine mentioned how small our dating pool was in the high school. Then in the advertising business I worked on a program with IBM, which was a resume job matching service like Monster.com. We really got deep into the matching process and so along the way I started to get more interested. A colleague of mine, who was a tech oriented person, just sold his business. He asked if I would consider doing something together and I said how about an online dating site?
He was a big fun of Second Life so that is where the idea popped up back in March 2008.

I took a look at the site and I’m amazed with the graphics, how on earth did you build it?
It was a long process of trying different technologies until we found the right one. We found a Unity platform. At the time they were doing smaller games and various interactive 3D environments but mostly game oriented. So that platform worked quite well for us but it required a lot of back end work.

What is it you like most about the Unity platform over the other offerings?
It’s very progressive.

In terms of the user experience, is there any particular user behavior that surprised you that was unusual?
I don’t know if it’s a surprise, we sort of expected it, but many people think that what we’re trying to build another Second Life. But we’ve built an intimate dating environment for 2 people. Second Life is completely different thing, although it’s a virtual world and was the inspiration for our program.

How do you get people?
We tried to get the word out through press releases. I was also happy to see that people are Twittering back and forth about Weopia. We had quite a big flip in traffic and people were passing the word around. We intend to do some advertising once we get Weopia the way we think it should be. Then we intend to start charging at some point.

What sort of price points do you think you’ll come in at?
About $4.95. We tried to price it around the cost of a couple of coffees at Starbucks. But there will be a whole bunch of variations on our pricing.

Would you say your end goal is to show this service off so that you can partner with other internet dating companies? Or do you want to be the end destination?
We would like to offer the service to the online dating industry as a bridge between texting and chatting inside the online dating sites and the meeting in the real life. The researches in the virtual world dating conducted by Professor Michael Nortong, Jeana Frost and Dan Arieli show that if you go on a virtual date prior to meeting in person you’re much more likely to like the person. I think that’s just because people have high expectations over the text chats.

What are your plans for 2010?
We would like to go mobile. We’re looking seriously at the iPad and iPhone. But what we would really like to see happen by 2010 is to be accepted into the online dating industry so people can go and meet more people quicker and find love faster.

WINNIPEG FREE PRESS - Feb 26 - Weopia.com is a new 3-D virtual world dating service. Wilkie and his co-creators claim it will aid the extinction of the scary beast known as the awkward first date. Singles don't click on to Weopia to find a date. Potential couples who have already connected elsewhere in cyberspace send their avatars there on a virtual date to find out how well they'd click in real life. Avatars communicate through voice and text chat. In the near future Weopia visitors will be able to create their own custom avatars, right down to skin colour, hairstyle and physique. Weopia is currently offering a free limited trial period.

The full article was originally published at Winnipeg Free Press, but is no longer available.