Ways to Combat Competition in the Mobile App Industry 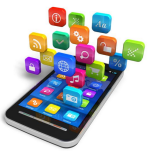 ENTREPRENEUR - Feb 22 - The app industry is one of the fastest and trending businesses in the world today with ~75% of the population being a mobile phone user, 67% of which uses smartphones. According to Statistica, an average of 6,140 mobile apps were released through the Google Play Store every day from the Q3 of 2016 to the Q1 of 2018. When asked about combating competition in the dating app industry, Melissa Hobley, CMO of OkCupid, says, "We are proud of our machine-learning based algorithms." Ishaan Sethi, Co-founder and CEO of Delta App shares that for millennials giving them the security especially on a dating app, can help win the trust of users.

YOUR STORY - Feb 14 - On September 6, 2018, the Supreme Court of India ruled that Section 377 does not apply to consensual homosexual sex, decriminalising homosexuality. The archaic law from the Indian Penal Code, imposed by the British in 1861, was finally taken down after decades of battle by activists and advocates of the LGBTQIA+ community. Ishaan Sethi, the founder of India's first homegrown dating app for the LGBTQIA+ community, recalls, "It was the highlight of my life." Delta launched in April 2018. Almost 80% of its growth is organic, says the founder. At present, there are ~65K active users on the platform. It is seed-funded by Shunwei Capital, Co-founder of TrulyMadly.com Sachin Bhatia, and HNIs such as such as Keshav Suri and Ritu Dalmia. Currently, Ishaan is in talks for Series A funding round. For 2019, Delta is looking to building its tech team and addressing the needs of the non-urban queer population with localised features such as language options, since almost 50% of users are from small cities and towns. Delta is not just a dating app. It offers three main services - Connect, Network, and Community.

by Amruta Lakhe
See full article at Your Story

See all posts on Delta app

INDIATIMES - Dec 2 - The Delta App is India's first homegrown LGBT app for meeting and dating people. This app aims to provide a safe and secure environment for people from the LGBTQ community to date and network. It has a trust score system where people get perks for creating more trustworthy profiles.