AVAST BLOG - June 3 - Match Group says that they don't share users' information between sites unless they ask them to, but they also say in their privacy policy that they might share that info for "limited and critical purposes, including for corporate audit, analysis and consolidated reporting, to comply with applicable law, and help keep our users safe." According to the Bumble Privacy Policy, they don't "sell" user data, according to the legal definition of "sell," but they do share demographic data and location with third party advertisers. They also share non-personal data with third parties for "research and analysis." So what happens to all that data when users leave? Unfortunately, the answer isn't so clear, especially for Match Group. But if someone deletes Grindr account, Grindr expunges everything they have about them after seven days. Spark Networks - the owner of Jdate and ChristianMingle - is based in Germany, which means they're subject to the GDPR. They are legally obligated to delete it. Bumble promises to delete users' data starting 28 days after they deactivate it. They say that they retain any information they might need for legal purposes.

NY POST - June 18 - Marc Guss has recently offered a $10K reward to whoever can find his mother a match. He is now teaming up with David Yarus, the founder of Jewish dating app JSwipe to help her find the perfect mate. David Yarus plans to blast out the bid to over a million JSwipe and JDate users through pop-up notifications, banners and emails about Guss' proposal. "The goal is for users to help surface either family members, colleagues and friends for ideas for dates," says Yarus.

Why People Pretend to Be Jewish on JDate

REFINERY29 - May 13 - For some, it's a numbers game: online dating can be a slog, and joining more than one service increases the pool of perspective matches. "For some reason, a lot of men want Jewish girlfriends," says Toni, a Jewish user, of a trend she's noticed in her own circles since she was in college. "I think it had something to do with sex. Supposedly Jewish women are better sexual partners." Maria Avgitidis, founder and CEO of Agape Match in New York City, remembers a client who said "she only wanted Jewish men because they're really great providers." It's generally a good PR move for any company to land on the side of inclusivity when it comes to religion or ethnicity. Also, allowing non-niche users to join a niche dating site, especially when the niche itself comprises a tiny margin of the larger population, can make a site more profitable. "I think it's beautiful," says David Yarus, founder of JSwipe and Global Ambassador for JDate, of non-Jewish users looking for love on his platforms. "Ultimately, we have been very intentional in fostering more refined, digital dating within the Jewish community or for those who celebrate the Jewish culture. But it's so important that we recognize and honor the universality of the world."

SparkNetworks Ordered To Pay $500K In Fines For Auto-Payments

PATCH.COM - Oct 15 - Spark Networks USA, LLC, the parent company of niche dating sites Jdate and Christian Mingle, will pay $500K in penalties and up to $985K in restitution to customers whose subscriptions automatically renewed or whose refunds were denied when they requested them. Spark's dating sites were automatically renewing customer payments, without their express prior consent as required by federal and state law, among other alleged violations of law.

PR NEWSWIRE - Aug 30 - For the six months ended June 30, 2018, total revenue was €53M, an increase of ~26% YOY. The growth was attributable to the 34% increase in the number of average paying subscribers. Spark contributed 91.3% of the YOY revenue increase through the addition of Jdate, JSwipe and Christian Mingle following the close of the Affinitas / Spark Merger in Nov 2017. "Our growth strategy remains focused on EliteSingles, Jdate, JSwipe and Christian Mingle, and the recently launched SilverSingles brand," said Jeronimo Folgueira, CEO of Spark Networks SE. Net Loss was €(1.1)M, a €557K reduction compared to the H1 2017.

SEEKING ALPHA - Apr 25 - Spark Networks full year revenue increased 16.5% to €85.6M due to the 20% growth in paying subscribers as well as marketing efforts in North America and the Affinitas-Spark merger in Nov 2017. For the full year 2017 adjusted EBITDA was €6.6M, a YOY increase from €5.9M. It includes €509K of post merger adjusted EBITDA from Spark. The company ended the year with ~465K paying subscribers. (158K in North America and 307K international). Here a few key points from Spark Networks earning call:

Jdate And ChristianMingle To Expand Globally

CHEDDAR - Feb 16 - David Yarus is the Global Ambassador for Jdate. He talks about how the Jewish dating site continues to innovate and help Jewish singles find love. Watch the interview here. Jdate is currently celebrating their 20th anniversary with the "20 Years of Love" campaign. The dating site wants to highlight 20 years of matchmaking by collecting the stories of successful Jdate couples.

See all posts on JDate NJ JEWISH NEWS - Jan 24 - At 90, Bea Slater has her image plastered on billboards up and down Manhattan and in Brooklyn. Along with three other women of almost equal seniority, she has become the face of JDate, the Jewish matchmaking site. JDate is promoting their images to suggest that it's "yentas" who are working out the algorithms for perfect pairing. Hence messages on billboards like, "Her dreidel game is filthy. But her code is clean." The photographs were taken by award-winning photographer Randal Ford, and the "yenta" concept came from creative director and standup comedian David Roth, who produced the campaign with Hogarth Worldwide.

See all posts on JDate

Spark Networks To Merge With EliteSingles

ACCESSWIRE - May 2 - German dating company Affinitas, which operates premium online dating platforms EliteSingles, eDarling and Attractive World, is merging with Spark Networks. The newly formed company will be named Spark Networks SE and will be headquartered in Berlin, and maintain a significant U.S. presence with offices in New York City and Lehi, Utah. The combination will create a company with ~$115M of pro forma combined revenue over the twelve months. EliteSingles shareholders will own ~75% of Spark Networks SE and Spark shareholders will own 25%. Jeronimo Folgueira, CEO of EliteSingles, will serve as CEO and Robert O'Hare, Spark's CFO, will continue in that role with the combined company. Michael Schrezenmaier, Managing Director of EliteSingles, will become COO. The Board of Directors will be comprised of seven directors, including three to be selected by EliteSingles, one to be selected by Spark, and three to be mutually agreed upon by EliteSingles and Spark.

The Matchmaker Who Flirts On Dating Apps For Her Clients 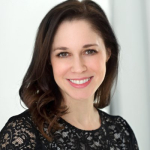 THE CUT - Apr 7 - Meredith Golden is a psychotherapist-turned-dating-coach. She spends her days swiping and messaging on behalf of her single clients. When JDate launched, she got a reputation for being a savvy dating-profile writer. Since then, she has helped several friends find their matches online. She started charging for her services two years ago, when strangers began asking for her help. Golden works with no more than a dozen clients at a time. She is especially successful when she poses as a straight male client. A lot of guys on dating apps never sack up and ask for a first date; Golden makes her (client's) move right away. She is not doing anything untoward, she insists. All she does is swipe, message, and set up first meetings; clients show up to the dates and take the communication from there. Clients pay Golden $900 for the first month of her services, $700 for the second, and $500 for each month after.

PRESS RELEASE - Mar 21 - Spark Networks Q4 revenue was $7.7M, a YOY decrease of 28%. Q4 2016 net loss was $3.7M. For the full year 2016, total revenue was $35M, a decrease of 27% compared to the year ago period. The YOY decrease was primarily driven by 10.3% and 13.4% decreases in average paying subscribers for the Jewish and Christian Networks segments, respectively. CEO Danny Rosenthal commented: "We expect 2017 will be a transformational year for Spark. Our priorities are clear: operating profitably, relaunching our technology platform and driving future growth through effective marketing investments. Importantly, we are on track to deliver our new technology platform and re-launch JDate in Q2 and Christian Mingle in Q3."

For Online Dating Sites, A Bumpy Road To Love

NY TIMES - Dec 24 - JDate was created in 1997; ChristianMingle was added in 2001. Spark Networks, the parent company, eventually grew to ~30 dating sites, but the crown jewel has always been JDate. Since 2011, Spark Networks has been led by a rotating array of chief executives — four over five years. According to Spark Networks' 2015 filings with the Securities and Exchange Commission, the number of paid subscribers to its Jewish networks declined to ~65k last year from 85k in 2012. Its total for all networks dropped by ~55k people, to under 204k. Some of the decline could reflect Spark's management turnover, but it is also indicative of the challenges facing the online dating industry. "It's never been cheaper to start a dating site and never been more expensive to grow one," said Mark Brooks, a consultant for the Internet dating industry who also runs Online Personals Watch. Part of the problem, he said, is that 70% of Internet dating in the US is now on mobile. "It used to be 10% of those who registered converted to paid," Mr. Brooks said. "Now it's more like 2 to 3%." Some also see a move toward ever more niche sites like MouseMingle.com (Disney lovers) and GlutenFreeSingles.com. Spark Networks already offers niche products, but Lisa McLafferty, Spark's new chief revenue officer, says its aim is now to "refresh the brand."

MARKETWIRED - Nov 10 - Q3 revenue was $8.4M, a 28% decrease YOY, driven by decreases in both average paying subscribers and average revenue per user. Total direct marketing expenses decreased 72% to $1.2M. Q3 net loss was $94k, a $728k improvement versus the year ago period. CEO Danny Rosenthal stated: "We have made the decision to focus on improving JDate and Christian Mingle. Accordingly, we have paused work on initiatives that do not support this objective which includes the Church Partnership Program, the CrossPaths mobile application, and the expansion of Christian Mingle into Latin America.